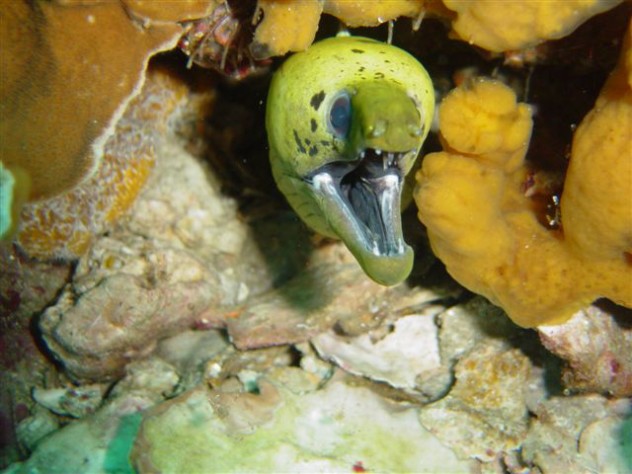 Located 123 nautical miles north west of Kawthaung (Victoria Point), North Little Torres Island is the northern most dive site visited by dive liveaboards from Thailand and is further north than most boats go (most boats only go as far north as Black Rock).

Surrounded by deep water, this dive site is a point of congregation for all fish life in the area and is a good place to see sharks and large pelagic fish. This Burma dive site is a rocky pinnacle that breaks the surface in several places and descends down beyond 40m. Visibility can be as low as 10m but can be over 40m. Currents can be strong here.

Other parts of the reef have a combination of hard and soft corals, barrel sponges and encrusting sponges. You can find lion fish, bearded scorpionfish, fimbriated, white-eyed, giant and yellow margined morays plus anemone fish in the many anemones. Reef fish include all the typical speceies of snapper, fusilier and wrasse plus puffer fish, angelfish, butterflyfish and trigger fish. Schools of mobula rays have been known to pass by here and are a spectacular sight for divers lucky enough to be in the water at that time.