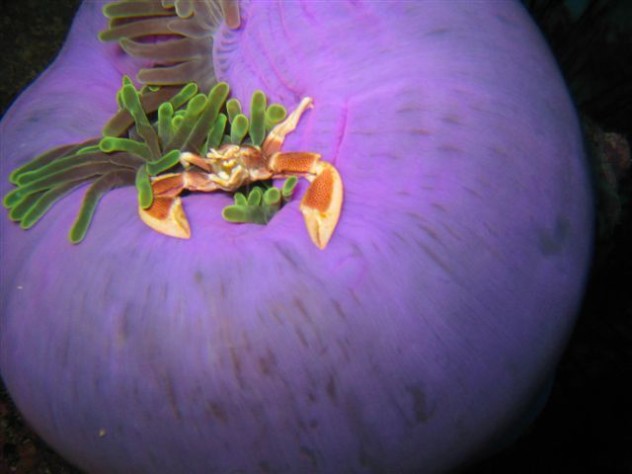 Located about 60km from Kawtaung and just to the west of MacLeod Island is a small limestone rock called North Rock that is partly wall dive and partly sloping boulder and coral reef. Maximum depth is 35m and although currents and surge can be strong on occasions there is always shelter on one side of the island. Visibility ranges from 5-20m. This dive site is a good day or night dive. The orange cup corals that cover much of the wall open up in a spectacular display of colour at night.

In the deeper areas at the edge of the wall look around rocky ledges and under coral outcrops for nurse sharks. Look in the sand for stingrays and double ended pipefish.

All the typical reef fish are present including oriental and harlequin sweetlips, butterfly fish, leather jackets and pufferfish to name just a few. There are large schools of blue-lined snapper and shoals of silversides. Fimbriated, giant and white-eyed moray eels are numerous at day and at night, often with cleaner shrimps close by. Pufferfish are active by day and asleep in their protective cocoon at night. Also at night you can see decorator crabs, sponge crabs and round crabs.